The State of new Builds in Colorado for Builders, Lenders, and Buyers

Whether it’s the desire for a home that’s a blank canvas in a prime location, or modern living with the latest technology and features, people will always want to build new homes. While the housing market appears to be undergoing a shift and there’s been a recent uptick in inventory, homebuyers will still opt to build if a large selection of homes isn’t available in their area. Yet, recent interest rate increases paired with ongoing hurdles to completing builds on schedule present a new challenge to builders, lenders, and buyers alike. 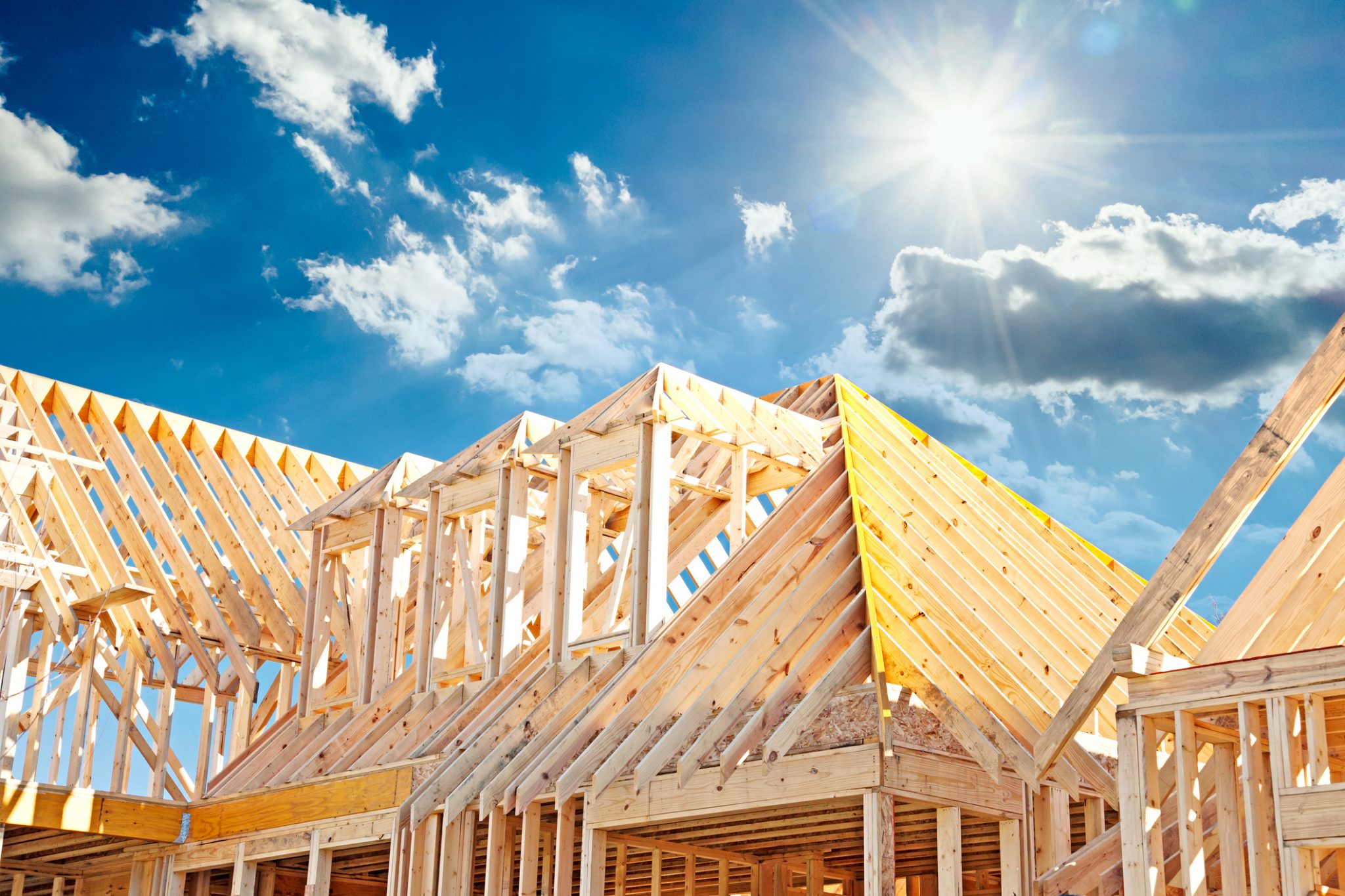 It’s no secret that the demand for new builds surged during the housing boom of recent years. In July, iPropertyManagement.com reported that nationally, housing starts in 2022 were 49.9% higher than the previous 120-month average. And that last year, there were 1.6 million non-seasonally adjusted new housing starts — the highest number of starts within one calendar year since 2006.

It’s nothing new to Coloradans that the state has experienced an influx of new residents fleeing higher real estate costs elsewhere in recent years. Drawn by our desirable climate, economic opportunities, and year-round outdoor recreation, Colorado’s population grows by about 60,000 to 75,000 people per year, with most transplants coming from California, Arizona, Texas, Florida, and Illinois. According to a 2021 study by U-Haul®, Colorado was the No. 6 growth state in America, and made the biggest move – up or down – of any state on the list, jumping 36 spots from its 2019 ranking of No. 42.

Challenges for both builders and buyers

Buyers often don’t lock in their interest rate until shortly before closing, and because of the hurdles that must be overcome to complete builds on schedule, buyers can be under contract for many months before they close. That’s because lenders won’t grant buyers a mortgage until the property is completed and has been issued a certificate of occupancy. This means that some people who initially qualified to buy a new home when building began (and interest rates were lower) may no longer qualify by the time the home is completed.

Galen Burson, Mortgage Business Development Specialist at Ent Credit Union, said this is one of the biggest struggles new build buyers have been facing recently. “Among the issues we’re dealing with now is that home closings are delayed due to demand and supply chain issues. This delay is causing rate locks to expire, and in some cases, those buyers no longer qualify at the higher rate,” he said.

Julie Steigerwald, also a Mortgage Business Development Specialist at Ent, offered further detail, “Often people can’t get their garage doors delivered due to supply issues and then have to wait another six months. You can’t get a final certificate of occupancy until that’s complete.” Burson agreed, saying that in just the last 24 hours he had heard three instances of that same scenario leaving buyers high and dry.

Another detail that Steigerwald added, was that window costs have been rising due to gas and transportation cost increases, which adds more to builders’ — and ultimately buyers’ — costs. Expenses that can also contribute to pricing buyers out of the deal.

Ent Credit Union currently offers options to extend a rate lock to nine months on mortgages for new builds. But alluding to current market fluctuations, Jay Caldwell, Vice President of Mortgages at Ent, said, “Nine months is a long time in this market, and it’s an ongoing challenge to strike the right balance. Rates have seen their swiftest increase in decades — roughly 2.5% since December 2021.” With interest rates climbing rapidly, offering longer rate locks is untenable. Caldwell also noted that as a credit union, most loans at Ent are provided by member deposits. “We have to ensure that we are sound in our business practices for both borrowers and savers, and in today’s environment that’s a daily struggle,” he said. 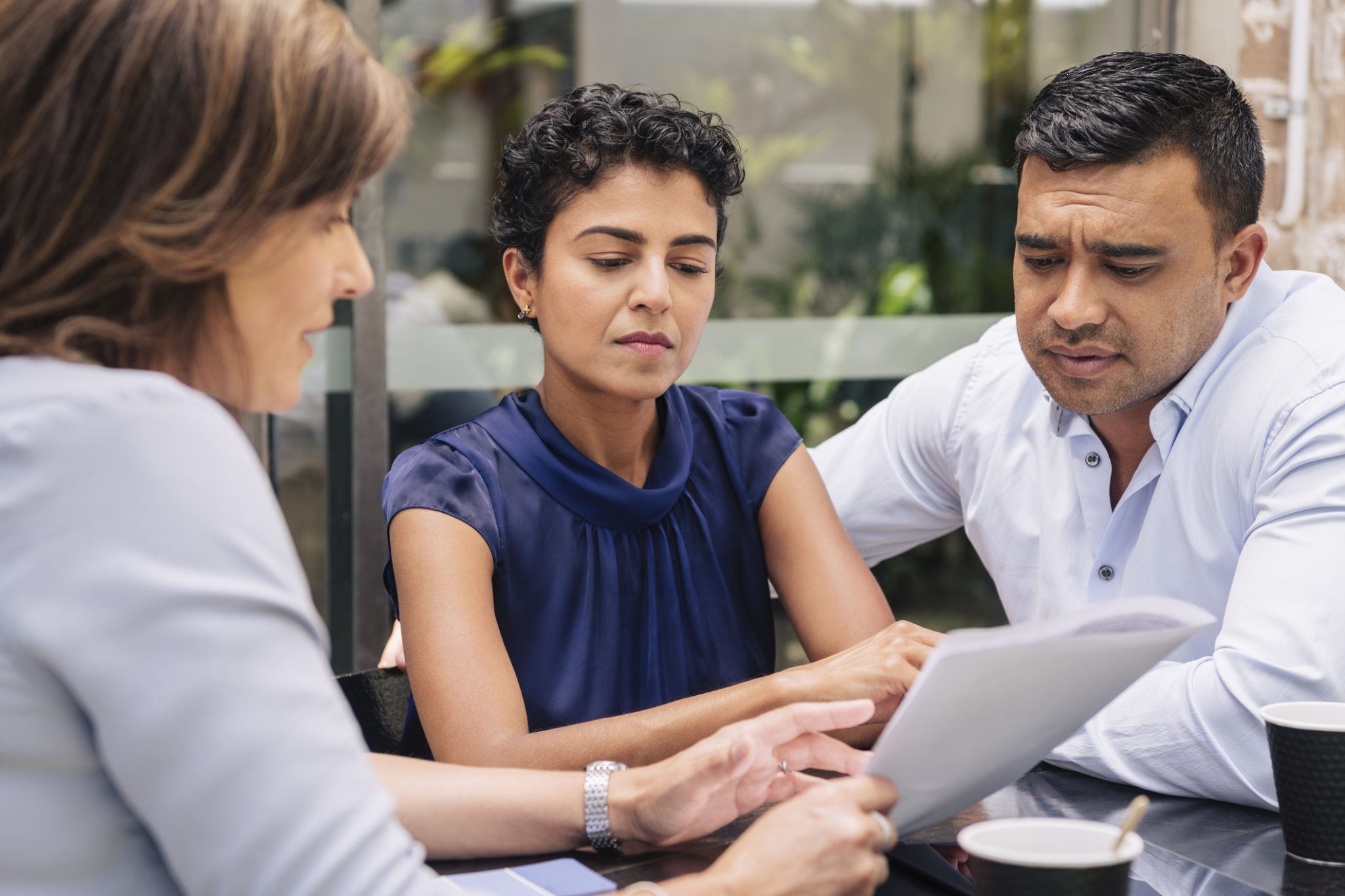 The industry is currently in a unique predicament. Home values increased significantly during the COVID years, and inventory levels were at historic lows. While inventory today remains relatively low, property values have stayed high, supply chains are still strained, and now the Federal Reserve is making aggressive interest rate increases to pull back inflation. Said Caldwell, “It’s a storm unlike any I have faced in my career. All these forces are making the housing market difficult, yet it is estimated that we are still 4 million homes short of demand.”

The benefits of local relationships

As a builder, having a good relationship with local preferred lenders yields several benefits. Steigerwald and Burson bring up a broader issue, which is complications that arise when builders use big national mortgage shops for their lending. Simply due to the lack of proximity to the new builds they’re funding, these lenders don’t have the local expertise that Colorado-based lenders do. Burson said that, especially for local builders who aren’t national builders, local lenders know what they’re going through. “We know the same joys and pains because we’re all working in the same markets,” he said.

That’s not to say that national brokers don’t have some great relationships within the industry, but once that broker shop closes on a loan, they’ll sell it to another lender (in some cases multiple times). And often when they do, they’ll also sell their servicing rights on the loan.

Burson cites stories he’s heard from buyers who made timely mortgage payments to a big loan shop, only to find out that their loan had been sold again and their payment didn’t make it in time. This situation can result in damage to the borrower’s credit through no fault of their own. Steigerwald agreed, saying, “When a builder gets their buyers a loan through a big national shop and then their payment is late because the shop sold it, their customer isn’t going to call the shop — they’re going to call the builder. Your relationships matter a lot in that sense. I don’t think a lot of consumers really understand servicing. A lot of industry professionals prefer Ent because we service the loans in-house and all the buyers have to do is call us.” 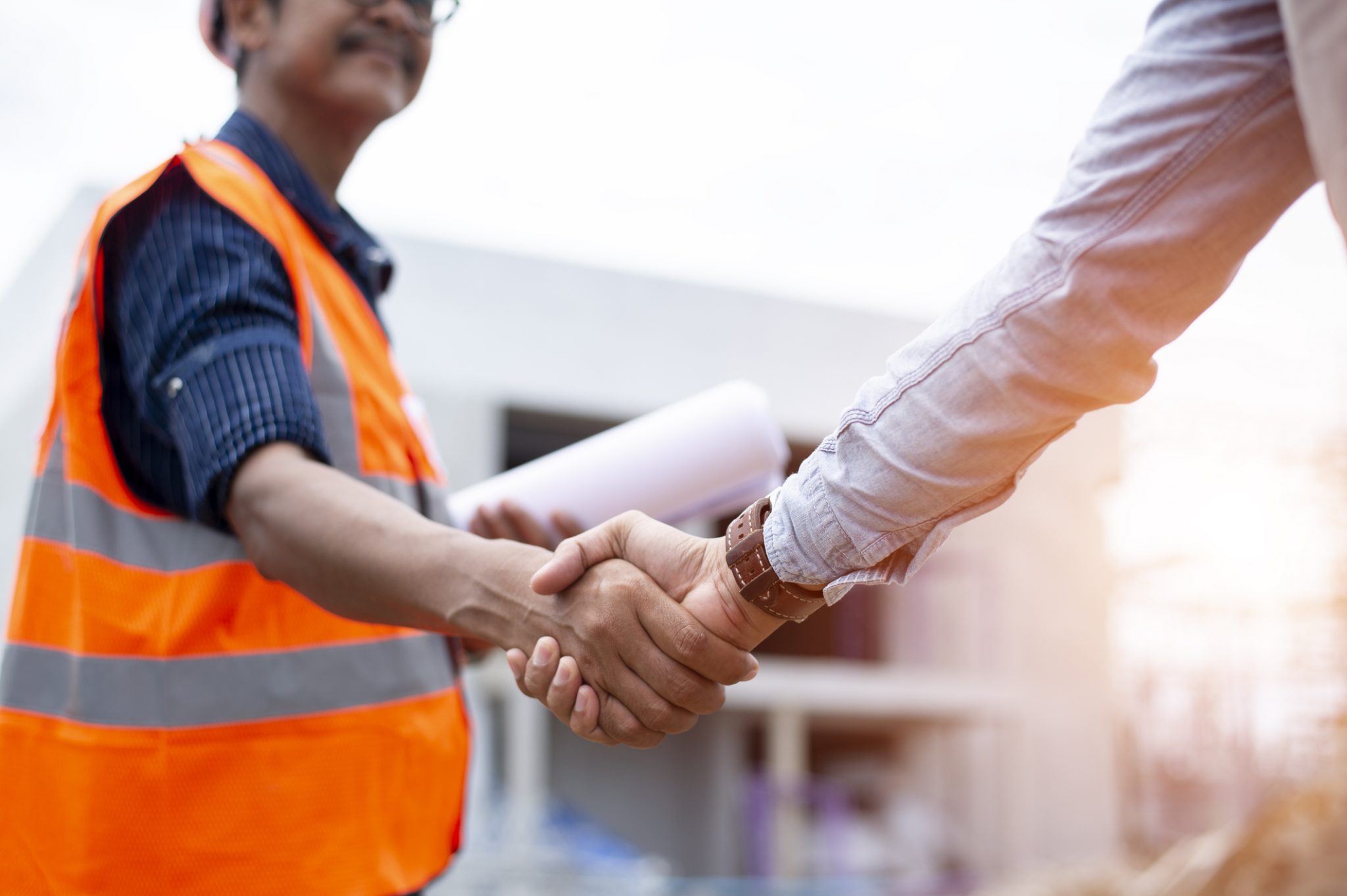 Ent may sell a loan, but they will always continue to service the loan for its lifetime. With recent rate hikes and talk of a potential recession, both big retail mortgage shops and smaller shops have begun laying off staff and even discontinuing some loan products. After 65 years of serving its Front Range members, Ent continues to grow into more Colorado communities, having just opened its 50th location in Aurora (Smoky Hill).

Looking back on her own real estate experience, Steigerwald said, “When I was on the agent side and I was looking at two different lenders’ offers, appraisers would always advise me to go with the local lenders. That was because some of these big mortgage shops would have appraisers from somewhere else, and they had no understanding of the local market.”

With loans, the little things matter

Some people will just look at interest rates. But Burson said that’s not all that there is to it. “You have to look at other things like: Are they building backing points into the rates or is this the rate? Are they building fees into their rates or are they dropping the rate and charging you a bunch of fees?” He added that Ent’s rates are generally lower, and carry less fees compared to other lenders.

A unique option at Ent is their Jumbo Loans (in the $600,000-$700,000 range, depending on location and number of units). Said Steigerwald, “We do a 10%-down Jumbo Loan with no mortgage insurance. That’s very specific and not a lot of other lenders do that.”

When asked about the most important qualities a builder should expect from a preferred lender, Steigerwald and Burson stated that responsiveness in communication, consistency in closing, local awareness, attention to individual borrowers’ needs, and the trust of the community are all crucial.

Saturdays, Sundays, and after-hours on weekdays are when people shop for homes. That’s why Ent’s dedicated representatives are available nights and weekends. “The whole point of having a preferred lender from the builder’s perspective is that they’ll use them time and time again. They know the lender will pick up the phone, and they know that the deal’s absolutely going to get done. They don’t want to potentially lose out on loans,” said Steigerwald.

As Colorado’s largest credit union, Ent is not just about mortgages. It’s a full-service credit union with 50 service centers located in the communities that builders are building in, and buyers are buying in. They also offer other products like home equity lines of credit (HELOC), auto loans, business loans, and commercial loans. Current Ent mortgage loan officers have been honored among the Scotsman Guide’s Top Women Originators, and their 100 List this year.

The credit union prides itself on personalized service and concern for its members’ financial wellbeing. To that end, Ent takes a member-centric angle, regularly publishing financial education blogs and hosting financial classes for members. An example is their upcoming virtual class on estate planning this month that buyers of patio homes may find interesting. Potentially useful to young families, Ent does financial education for young people on building smart money-saving habits early in life. They also host quarterly first-time homebuyer classes, with the most recent having just taken place on Aug. 6.

Evidently, the extra attention they give members and partnering builders has paid off. Heritage Title Company analysis from May 2022, ranked Ent as No. 7 in their 5 Metro Counties Lender Marketshare (typically encompassing Broomfield, Denver, Jefferson, Arapahoe, and Adams counties, and occasionally Boulder) with 2.5% overall. Ent also held a whopping 23.5% market share in El Paso County and topped the rankings in Pueblo with 14.6%. According to the report, Ent is also among the top 10 lenders in 12 of the 17 Colorado counties analyzed.

In closing, Burson has questions for Colorado builders: “Who are you using now and how long have you used them? Who were you using before and what made you switch? And why wouldn’t you afford yourself that same opportunity again with a local lender?”

Ent Credit Union was established in Colorado in 1957. Counting more than 460,000 members along the Front Range and total assets exceeding $9 B, Ent is recognized as Colorado’s largest credit union and has been honored as Best In-State Credit Union by Forbes magazine three years running. For more information, visit Ent.com/personal/loans/mortgage/ or call 800-525-9623. Ent is insured by NCUA and is an Equal Housing Opportunity Lender.

Jay Caldwell is the Vice President of Mortgage Lending at Ent Credit Union. He has nearly 30 years’ experience in the financial industry, with 27 years spent working specifically in credit unions, primarily on the lending side. He has had leadership roles in all aspects of the lending process and has also served several financial associations in both member and leadership roles.

Galen Burson works with Ent Credit Union’s mortgage production team as a Business Development Officer. He has more than 18 years’ experience in mortgage lending from some of the most recognized organizations in the industry, including: Black Knight, Citigroup, Chase Bank and Wells Fargo.

Julie Steigerwald is a Business Development Officer for Ent Credit Union’s Mortgage Lending team. Her past experience includes seven years as a realtor, and heavy involvement with the Pikes Peak Association of Realtors, which provided her with both knowledge of the industry with many seasoned connections in local real estate and lending communities.